Larkin Pictures is an award-winning independent production company based out of the Big Island, Hawai’i. Founded in 2012, the company has produced four award-winning films. 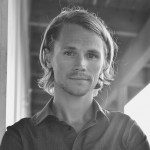 Phillips Payson is a Big Island-based director, cinematographer and the Technical Director for both the Hawaii International Film Festival. A graduate of the Transmedia Film program at Syracuse University, Payson is the co-founder and Technical director of the Made in Hawa’i Film Festival. He has directed and edited two narrative feature films, a documentary, and several short films. Before moving to Hawaii, Payson worked with Deluxe New York, a full service post production house in New York City. 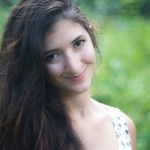 Zoe Eisenberg is a writer, producer and director who has written and produced several feature and short films, a documentary, music videos, trailers and photo shoots. Eisenberg is the co-founder and Executive Director of the Made in Hawai’i Film Festival and Aerial Arts Hawai’i.